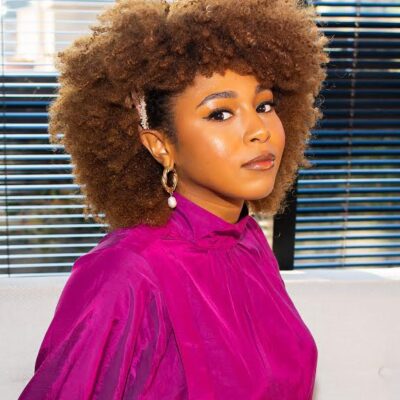 Taylor K. Shaw is the youngest CEO in the animation industry and one of the brightest game changers in Hollywood. She created BWA Studios, the first and only animation studio designed to change the of animation by consciously hiring black women and nonbinary animators of color.

BWA studios offers DEI consulting to global media companies like Netflix and has an ongoing Training & Development partnership with Cartoon Network Studios. BWA has done 2D and 3D TV development for the likes of MTV Studios, Hello Sunshine and more. The company has also contributed works to shows airing on both HULU and Netflix.

Taylor also writes for TV & Film. As a creator and TV writer, she and BWA Studios have a first look deal with WarnerMedia through their 150 Program. She has been featured in Forbes, Deadline Hollywood, Emmy Magazine, Variety, Vogue, The Hollywood Reporter and the LA Times for her work empowering marginalized voices in entertainment.