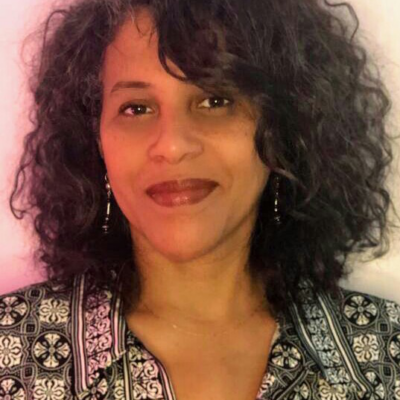 Born in London, UK, the youngest of three sisters who, at a young age, immigrated with their parents to Canada. It was during High School that Sonya developed a love of theatre, drama, fine art, and the entire artistic experience. After High School she enrolled at The University of Guelph, Leaning more toward the technical side of theatre, Sonya began to shape her career as a technical artist focusing on lighting and sound.

After moving to Los Angeles, California, USA, and taking a personal interest in animation, she landed her first job working on Ren and Stimpy and Beavis and Butthead as a self-taught camera artist, using new technology surrounding digital 2D animation. Within just a few years, this technology exploded and Sonya took that opportunity to return to Toronto and was hired by several studios as a composting artist.

After years of expanding her software knowledge, Sonya also added producing and studio management to her skill set. With a strong technical background as a 2D compositor, combined with several roles as producer and manager, Sonya is now Producing series content for large broadcasters.

At the peak of her career, Sonya has now decided to teach through her own learning facility, called The Animation Lounge. The goal is to share knowledge that will allow others to achieve their full potential within the animation industry. Her focus is on the underemployed visible minority groups who are often not invited to the table inside of the entertainment industry. For the future, telling her own stories is next on the list!