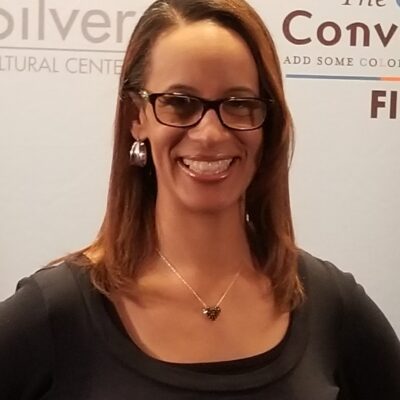 Kimberly Wright joined Sesame Workshop ten years ago as the Film Producer, commissioning live action, animated, and mixed media short films for Sesame Street. She works closely with filmmakers and animators to guide them through the creative process in order to shape the films to best meet the show’s specific letter and thematic needs, while also staying within the films’ budget. She oversees all aspects of creative development of the short films and animations, from conception and deal-making, to production and delivery. As a means of finding new content creators to partner with, Kimberly attends various children’s film festivals and media conferences throughout the US and abroad. In 2013, she had the opportunity to travel to Melbourne, Australia and participated in the SPA (Screen Producers Australia) conference where she spoke about Sesame Street’s partnership with an Australian production company for the making of the live action music video “5 Kangaroos,” which featured one of Australia’s top pop stars, Jessica Mauboy.

In April of 2018, Kimberly received her first Daytime Emmy Award for her role as Film Producer on Sesame Street. Since then, in October of 2018, she got the chance to travel to Auckland, New Zealand, and serve as a judge for the Show Me Shorts Film Festival, where she also presented the award for “Best Music Video.” In April of 2019, Kimberly travelled to Kingston, Jamaica where she served as a judge at the KingstOOn Animation Festival, and that May she received her second Daytime Emmy Award. In 2020, Kimberly participated in the Kidscreen Summit in Miami, FL, and spoke to filmmakers and animators at the Providence Children’s Film Festival. She also received her third Daytime Emmy Award.

Prior to joining the Sesame Street family, Kimberly had been a producer for over 11 years. She spent the majority of her career as a daytime television producer, working for Telepictures, NBC, and Paramount Pictures, and producing several national daytime talk shows, including The Queen Latifah Show, The John Walsh Show and The Montel Williams Show. Her experience has allowed her to help make viewers dreams come true, reunite family members, and help young people tackle such issues as bullying, addiction, and racism.

In 2006, she even had the once-in-a-lifetime opportunity to change lives by traveling all the way to the Persian Gulf to help Montel surprise the troops for the holidays with messages from their loved ones, and give them the opportunity to share their personal stories.Kimberly has a BA in Radio/Television from The George Washington University. She lives in northern New Jersey with her husband and two children.