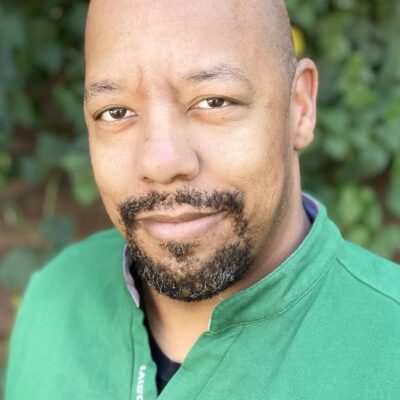 Everett Downing is an Oscar winning director, story artist and animator living in the Greater Los Angeles area.  Born in Boulder, Colorado and raised in Denver, he studied Film, focusing on computer animation at Columbia College in Chicago. Everett began his career as a story artist at Big Idea Productions before making his break into feature film, animating at Blue Sky Studios on the original Ice Age. He later took a position as an animator at Pixar, animating on several award-winning feature films (everything from Ratatouille to Monster’s University). He then transitioned back into the story department where he boarded on “The Toy Story That Time Forgot” and “Cars 3”.

Since then, he has worked on films at Dreamworks, Paramount, & Sony Pictures Animation. Everett co-directed the animated short Hair Love which won the Academy Award for Best Animated Short in 2019. He has recently joined Netflix Animation where he is co-producing and show running the recently announced animated series My Dad the Bounty Hunter.